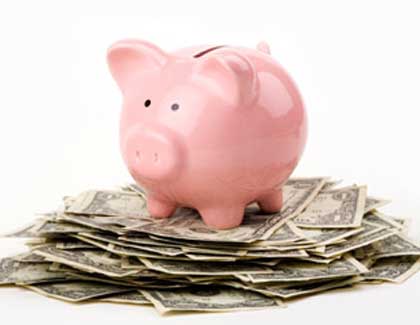 California, the state known for its year-round warmth and sunny weather, its Hollywood stars, the numerous beaches dotting the Pacific coastline, Disneyland, and the Los Angeles Lakers has continuously grown larger by the years. Ranking as the most popular state in the United States, California is home to over 40 million people. As that number continues to grow with people from other states moving to California, it’s also astonishing to see just how many Californians who currently reside in California often find themselves moving around to other cities. Whether the reason being that they are moving out of their childhood home, or moving into a new house, apartment or business place, the decision to contract a moving company to assist in the relocation process can be hugely beneficial.

Average Cost of Moving | In California

In hiring a professional moving company, clients can rest assured that their personal belongings are in good hands. We all know that movers are highly trained in the nuances of relocation industry, but it may surprise some people that their things could actually be safer in the hands of a team of professionals than their own. Think about it: most people only move just a handful of times in their lives, so they have a large margin of error when it comes to the art of packing, wrapping, and relocating…without a lot of time to practice. When a customer hires a moving company to take care of their relocation, they receive a team of highly specialized, competent movers who pack, wrap, and transport household goods every day, which only helps to further refine their skills. When you make the decision to do business with a professional relocation company, you’re making the decision to put your move in the hands of experts.

Average Cost of Moving In California

The average cost of moving locally in California does not consist of a specific price, but rather it is based on the amount of all belongings being transported, as well as the distance of where the belongings will be delivered. Also, included in the cost of moving locally is the average moving time of three hours, as well as the fee for how many members of the relocation team are to be used for the project. If the moving goes over the minimum time frame, then an additional charge plus applied taxes will be charged under your name. Despite the possibility of a time overage, included in every estimated cost for any moving company is of course the hourly rate, the pay for the laborers, the truck plus gas, and the boxing/blanketing of items such as bed frames, televisions, pianos, dressers, etc. It is also good to keep in mind that some company prices vary depending on certain factors. Most moves take place in the summertime, so relocations scheduled for May, June, July, or August will cost more. Weekends are a popular time to move, as many people are off from work, so the day of the week on which the move is scheduled will be a factor in determining the costs. Additionally, if the destination has elevators or stairs, this will increase the price as the strain on the movers increases under these conditions.

To get a ball-park idea of pricing, consider this: for local California movers within the area of the San Fernando Valley, looking to move from a single, studio apartment into a one bedroom apartment in Thousand Oaks can be looking to spend roughly between $200 and $500. Once again, that number is contingent on the amount of weight that will be moved in the truck. Considering that small boxed items can be placed in your own vehicle, the average cost of moving isn’t as expensive. For those moving out of a large house that is about 5,000 square feet can be looking to pay around $1,200 to $1,800 for the reason that it takes about eight to ten laborers to help disassemble large furniture, reassemble it again in the new location, and do all the heavy lifting required to get everything moved from one place to the other.

When it comes to moving locally, the go-to company for an enjoyable, stress-free move is Acclaimed Movers & Storage. After defining themselves as the premier moving company in the Los Angeles area by performing residential and commercial relocations throughout Southern California for years, they have been rated by Moving Authority with an “A,” which has deemed them as the best local moving company around. Offering fully comprehensive, luxury moving for all their customers, every penny paid to Acclaimed is valued by their experienced staff of relocation consultants and specialists who will remain by your side every step of the way. When you find yourself moving locally in California and need a moving company to help, then look no further for assistance with top-notch relocation than Acclaimed Movers & Storage. They’ll get you moving.

Join us on Linked In

I like the fact that this sort of information is out in the open for your customers to read. This sort of post is what attracted me to seek out moving help from Acclaimed in the first place, because I had never moved with a company and I had no idea what to expect. I got my quote for my move and everything was explained to me in detail, so I could agree on all the items being charged and there was absolutely no confusion, and no hidden fees popping out at me. I was so pleased with the move itself, and very glad to have hired a local company because I could tell that they really cared about my relocation. Thanks again to my team of movers from Acclaimed Movers and Storage, you guys are fantastic.